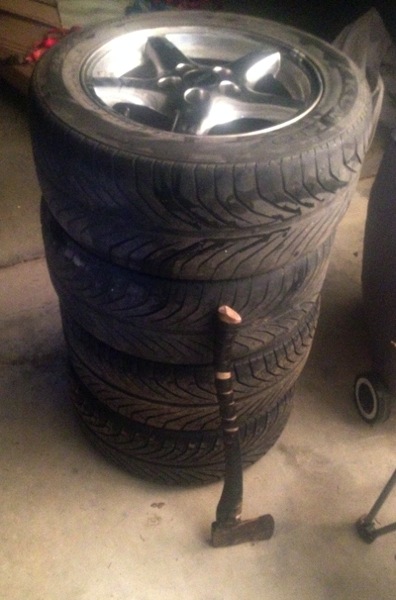 When I was teenager, I spent a lot of time searching through the classified ads looking for the perfect car. It’s funny how priorities change over the years, but as was typical for a 15 year old, a car was a top priority.

I had a part-time job from the time I was 14 and had been saving up for the “perfect car” for some time. Dad and I had an agreement that so long as I kept my grades high and kept a clean driving record he would match whatever I saved up when I went to buy a car. I had to leave on a school trip for the weekend and I didn’t want to lose such a good deal so I left him with my life savings in cash and went on my trip. When I got home that night, the car was sitting in the garage. 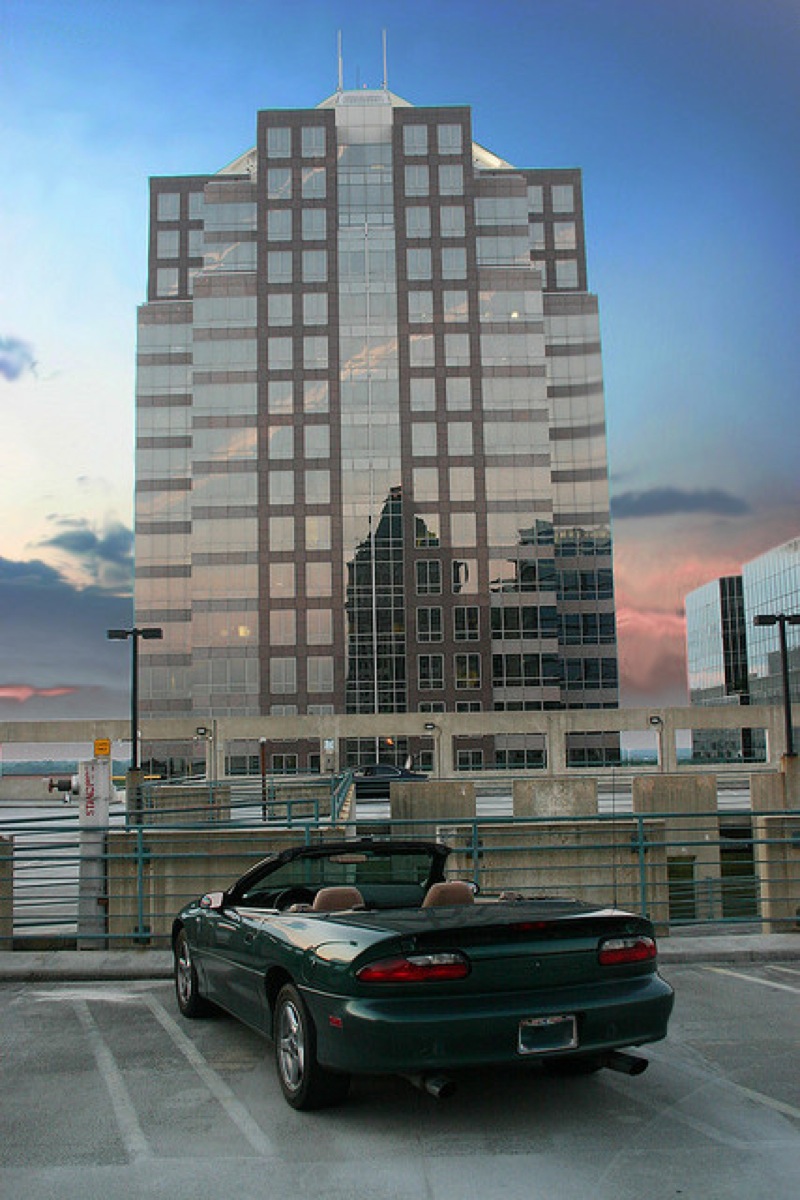 Over the years it has been a bit of a target, and most recently encountered a second serious theft attempt.

Both times, it was technically my fault for not securing the car as well as I should have. At this point, I’ve learned my lesson, and will NEVER leave it outside at night again.

We have to wind the clock back to around 2001 for the first time the car tried to go on walkabout without me. I was spending a warm summer Saturday with my brother at the water park in Greensboro. Being thrifty, or perhaps just lazy, we opted not to rent a locker for the day and wrapped up my wallet and keys in my towel on a chair by the wave pool while we rode all the water slides. I had probably gotten away with this a time or two in the past with no negative consequences, but this time I wasn’t so lucky. When we finished splashing around for the day, we went back to pick up our things. I can’t remember if Nick was missing anything, but I was a few hundred dollars lighter and missing my keys. Convinced by brother was playing a trick on me, we walked to the car and along the way I was hoping he would fess up and hand over the goods. When we go closer to the car he reminded me that he wasn’t kidding and we realized my keys and wallet were really missing. That’s when the ‘oh #*&$’ moment hit me. My wallet, keys, and probably my car were gone. We sprinted to where I had parked my car and luckily it was still there and untouched. There were still plenty of cars in the parking lot, so singling out a particular Chevrolet from all the others would have been difficult for whoever ended up with my keys It would appear they had given up and left with just my wallet. Thus began the long process of getting the two of us and my car home without the keys.

I called my Dad to see if he could bring us the spare set of keys, which of course I only had a vague idea as to their location. Why wasn’t my cell phone stolen also? I haven’t the slightest idea but appreciate my bit of luck there. After 30 minutes of Dad searching all over for my spare keys, he decides to drive the half-hour to the water park to try and help. Dad arrives and we call a locksmith who eventually arrives and accesses the situation. “The spare keys are locked in the glove box, I’m sure of it,” I say. The locksmith is able to make a key to the glovebox, but to no avail as there are no keys inside. The key has a resistor in it which will not allow the car to start unless the correct range of 15 possible resistances are fed to the engine and the locksmith cannot make this type of key. This becomes a very fortunate feature several years later. He tells us that it has to be ordered from the dealership and will cost over $200. This is concerting since I have -$300 thus far on the day and I would be able to get a new key on Monday at the earliest.

Thinking that the spare key must be at home somewhere, Dad suggests I borrow his vehicle to drive home and find it. Over the next hour and a half I turn the house upside down trying to find my spare. Dad didn’t have a mobile phone with him, so I couldn’t get any updates as to whether he had come up with some brilliant idea as to how to solve this quandary. When I can think of nowhere else to search for the spare, I give up and drive back to the water park. By now everyone had gone home and my car would have been the only one left on the lot.

When I pulled into the parking lot, my car was gone. GONE! In a split second I spotted it on the far end of the parking lot, flanked by a dozen police cars. Confused and concerned about what could have transpired during my absence, I make my way to the center of the activities surrounding my car. When Dad spots me, he walks over and stops in front of me while grinning proudly. I’m waiting for some sort of elaborate explanation as to what happened when he tells me simply, “Son, your keys,” and they jingle as they drop into my hands.

In a couple of seconds I piece together what I think has happened. My next remark was “Who was it?” and Dad gestures to the kid sitting in handcuffs in the back a police car. As I storm toward this fellow who had stolen my wallet, cash, keys, and attempted to take my car, I’m quickly yanked backwards by the collar and told, “Trust me, he has been dealt with today, you stay out of this.” The burning desire to rip this delinquent’s head off is briefly replaced by curiosity as to just how the events of the past hour unfolded.

Let’s just say that after two tours in Vietnam with the Army and a 34 year career in Law Enforcement, my Dad developed a rather specialized set of skills and he could be exceedingly convincing and resourceful when the need arose. It was a nice summer night and I had left the top down, so Dad made himself comfortable in the driver’s seat and relaxed while he waited for me to return with my spare keys. All of the cars with more responsible owners – who had properly secured their keys – slowly filed out of the parking lot as the sun set and the park shut down. As the last few cars were leaving, Dad noticed there was one truck that was entering the parking lot rather than leaving and thought this to be odd. The truck turned immediately toward my car and Dad realized what was about to go down. He reclined the seat back, so he wouldn’t be immediately visible to the approaching truck. When the truck was right beside the car, a hand came out of the window holding my keys and pressed the unlock button for the doors. I’m fairly certain the last thing the guys in the truck were expecting was an armed off-duty police officer sitting in my car, but life can be full of interesting surprises.

When Dad pops up out of the car, they step on the gas to try and get away. Dad jumps on the side of the truck and begins some “enhanced negotiations” with its occupants and demands the return of the keys while they’re flying across the parking lot with him hanging onto the side his pistol trained on the driver. As luck would have it, this technique was quite convincing and the keys were returned without further incident. Dad made the three walk across the parking lot to the nearest pay phone as he followed them at gunpoint in my car. This finally explained why my car had been moved.

Once things had settled down a bit and the rest of the cavalry had arrived, the would-be car thief asked, “Was he really going to shoot me???”

Dad replied with the question, “Do you know whose car that is?”

…silence from the peanut gallery. 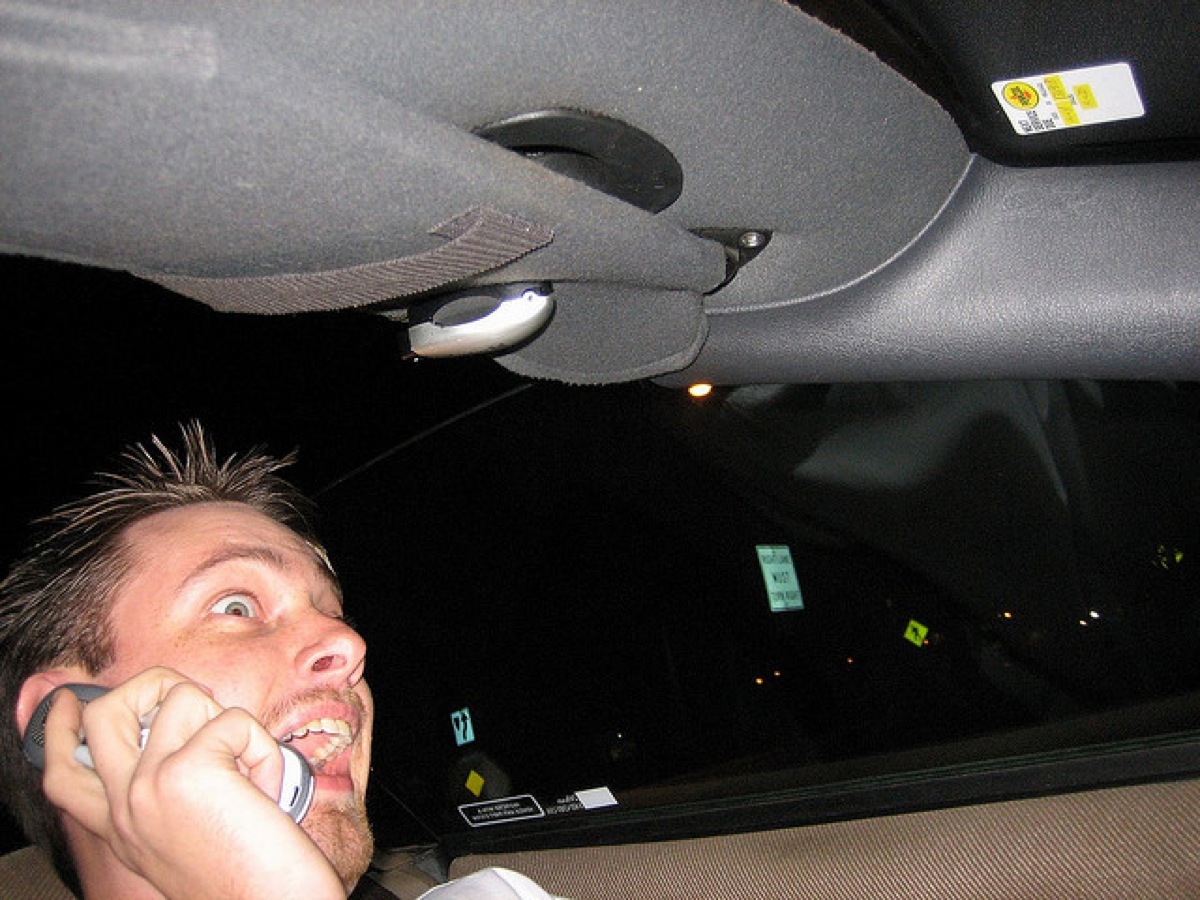